Does a Legal Separation Always End in Divorce? 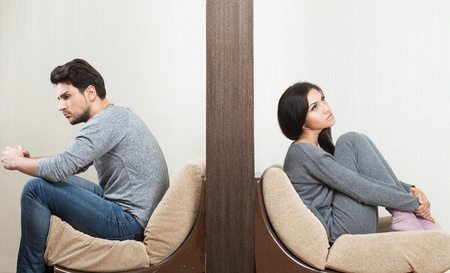 A legal separation is an option for married couples who are struggling but aren’t sure they want a divorce.

It’s also an option for those who don’t necessarily want to go through the process of divorce just yet. However, many people wonder if a legal separation “dooms” them to have a divorce, or if there’s any coming back from a legal separation. Here’s what you need to know.

There are numerous reasons that couples consider legal separation instead of a divorce or as a trial period before a divorce:

Your reasons for wanting a separation may be different. Avoid comparing your situation too heavily to the situations of others, because yours is unique and no two marriages or separations are exactly alike.

So, Does Every Couple Who Separates Get a Divorce Later?

Unfortunately, it seems that the majority of separations do lead to a divorce. Research published by Ohio State University showed that approximately 79% of couples who legally separated went on to formally divorce. However, the research also showed that all couples who remained separated after three years either continued their separation or divorced — reconciliations in the study all occurred within the first three years.

When You Should Consider Talking to a Divorce Lawyer

If legal separation is on the table, it’s time to discuss your situation with an experienced Brooklyn divorce lawyer. You may think you don’t need a lawyer until you’re ready to formally divorce, but quite the opposite is true. In a legal separation, many things are quite similar to a divorce, including figuring out child custody and dividing some assets. It’s important to ensure that your best interests are protected as you discuss the details of legally separating from your spouse.

At the Law Offices of Mary Katherine Brown, we understand the difficulties couples face as they begin to dissolve their marriage. We’re here to support you and zealously advocate for you. Contact our office today for a consultation to discuss your legal options by calling (718) 878-6886.