What No One Tells You About a Prenuptial Agreement 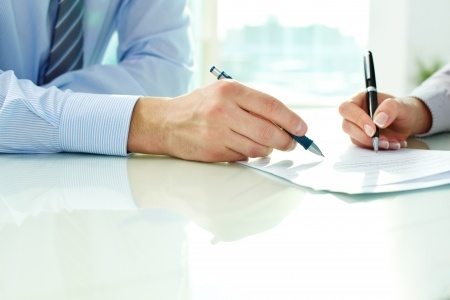 New York Prenuptial Agreements: What You Need To Know

A prenuptial agreement can be a point of contention among spouses-to-be. However, they are meant to protect both people from financial issues if the marriage ends. Contrary to popular belief, it’s not a document that simply waives the rights of the spouse coming into the marriage with less money. Nor are they “unromantic.” Here are a few things that many people don’t discuss about a prenup before getting one.

When it comes down to it, the marriage is between you and your fiance. In fact, the prenup should be no different. If your spouse’s parents attempt to become deeply involved in the creation of the prenuptial agreement, this could be a concern. It’s not at all uncommon and a family with a great deal of assets should have some say in a prenup that could potentially affect them. However, the final terms should be between you and your fiance alone.

Prenups are used to protect individuals from entering into the marriage where the other spouse is simply marrying for money. However, an issue may arise with conditions that are too strict for a marriage that has lasted 10 years or more. Sunset clauses can help mitigate this issue — they can protect a spouse for a certain period of time early on in the marriage, but dissolve the contract after enough time has passed.  If the marriage lasts long enough, the spouse with less assets will then have access to his or her spouse’s assets as in a marriage without a prenup.

A Mutually Beneficial Prenup Sets a Strong Foundation for the Marriage

The most important thing you can do when evaluating a prenuptial agreement is to reach out to a seasoned family lawyer who can help you determine what is and isn’t in your best interests. Often, a good prenuptial agreement will go through several drafts before a final document is decided upon, and typically these drafts are the result of compromises between both fiances.

Contact the Law Offices of Mary Katherine Brown today to discuss the options you have available to you for prenuptial agreements. Call now at (718) 878-6886.

Chrissie Dowler
21:22 21 Jul 20
I could not be happier to have had Mary Katherine Brown prepare my Last Will and Testament, living will, Health care proxy and other documents.  I truly appreciated her accessibility and patience.  What I thought would be a confusing and uncomfortable task, she made into an easily understandable process.  I can tell she is very knowledgeable and I trust her guidance. When I was first thinking of getting my will done, I was considering Legalzoom as an inexpensive and quick option. I am SO thankful I went with a great lawyer to handle such important documents. Mary Brown's price is very reasonable and worth every penny.

Nadya Appley
19:01 03 Mar 20
Mary Brown represents the highest level of expertise in Family law and provided me with a valuable piece of advice regarding my legal matter (custody of my son). Thank you, Mary, for your knowledge, responsiveness and a great consultation that was scheduled in a timely manner!!!